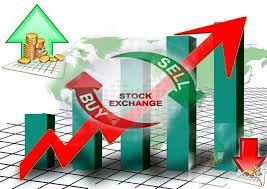 Think stock exchange and the image that comes to mind is a chaotic trading floor where multi-million dollar deals are all part of the daily routine. Whether it be the New York Stock Exchange (NYSE) or the Nasdaq in the US, or worldwide counterparts such as those in London or Tokyo, they are synonymous with big business, suits, and lots of money changing hands rapidly. However, the origins of the stock market are a little humbler. Let us take a look at how minor transactions on Venetian streets morphed into trading in British coffee houses, before developing into the financial behemoth we know today.

In the times when the Venetian state was one of the most powerful and important in Europe, lenders traded debts between themselves, filling a gap in the market that bigger banks neglected. These traders then moved on to buying government debt, and by the 1300s, were market leaders – attracting the first private investors, as well as trading in securities of other governments. They would also act as go-betweens with sales information for clients, just as a broker does nowadays.

The first form of the stock exchange that we now recognize was in Antwerp, Belgium in the 1530s. Traders dealt only in notes and bonds – there were no stocks to be had. As the Dutch, British, and French governments all looked to expand their empires and trading routes in the New World, they gave charters to companies who looked for investors to finance boat building in order to transport the goods back home. These voyages were often fraught with danger due to the risks posed by piracy, bad weather, and navigational limitations. As a result, investment was extremely risky, so if the boat returned, investors would receive a proportion of the profits. 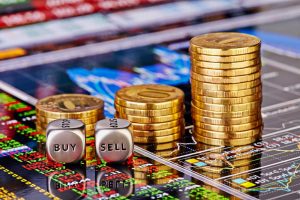 Additionally, those investing would hedge their bets by funding a number of voyages. These shares were issued on paper, so could be sold between investors. In Britain, these transactions often took place in coffee houses just a stone’s throw from the site of today’s London Stock Exchange (LSE). The basics of these practices are still followed today, with these dividends and risk-spreading strategies being the foundations of the modern stock market.

Development, early regulation and the bridge to modern stock exchanges

Investors began to receive colossal amounts for their shares, which meant – unsurprisingly – everyone wanted part of the action. The financial boom came almost overnight, meaning there were no regulations in place to protect investors. Shares were sold in preposterous and secretive adventures – an unsavory practice which, unfortunately, still exists. Needless to say, dividends were seldom paid on many such investments, leading to a severe crash, and the banning of share issues in Britain until 1825 – despite the first official stock exchange having opened in London in 1773.

This share ban did not affect the NYSE, founded 19 years later, which has traded in stocks since it opened its doors. It rapidly developed into the world’s largest and most important stock exchange, facing little competition for the following two centuries. Even the 1920 bombing and the 1929 Wall Street Crash failed to harm it long-term, and despite many international stock exchanges flourishing all over Europe and the rest of the world, it remained firmly at number one.

It was only in the 1970s that the computer-based NASDAQ, gave it a serious run for its money, its electronic exchanges making trading more efficient and less risky. This meant the NYSE merged with Euronext, in an attempt to evolve and fight off any competition for its crown. 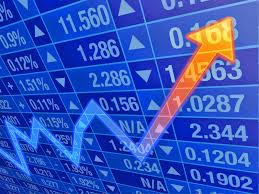 Although today Nasdaq has more companies listed, the NYSE remains larger than the former, Tokyo, and the LSE combined, in terms of market capitalization. Of course, these institutions continue to thrive and be pivotal influencers of the world’s economy, fully developed from their now seemingly meagre, far more localized beginnings.